Corporate money corrupts politicians, and and corporate money follows them up the ladders of power. That’s why the Max Baucus is controlled by the health "insurance" companies, why energy lobbyists control climate change reform, and why Wall Street always get its way. I have a modest proposal for a reform that is both practical and difficult to assail: prevent Democratic committee chairs from receiving campaign contributions from the industries they have jurisdiction over.

In life it is sometimes difficult to separate cause and effect, but in Congress it is pretty easy. Once a person is on a committee, he or she immediately becomes shark bait for the corporate interests regulated by legislation coming out of that committee. So the donations roll in. 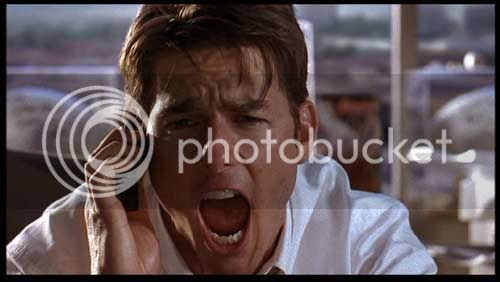 The most notorious example of money for hire is Montana's own Max Baucus, who took in $1.17 million from the healthcare industry during the 2008 election cycle.
Blanche Lincoln has already taken in $353k from the healthcare lobby this cycle.
Money from the defense industry flows in for Rep. Ike Skelton.
The financial sector is already throwing big money at three Democratic challengers, Ginnoulias (IL), White (TX) and Fisher (IL), ensuring another wave of corporate Democrats.
John Dingell, the House Chair of the Energy Committee until Waxman iced him this year, took in $493k last election cycle despite cruising to re-election.
And agribusiness, sweet Jesus, they just throw a lot of weight around.

*Anyone clicking on these links will recognize that I am a huge fan of Open Secrets- those folks deserve a tremendous amount of credit for creating such a vast, user-friendly database.

The answer is easy, we should just have publicly financed elections. Election seasons will be six weeks long, we'll vote on Saturdays, corporate influence will be curtailed, and.....
Wait, what? Sorry, I must have dozed off. If we are talking about solutions for right now, fall of 2009, we need a reform that will meet at least two criteria:

Using these two criteria, banning committee chairmen from receiving funds from the corporations their committees oversee is a good first step. We learned from BaucusCare that committee chairmen still have a lot of power, decades after James Eastlandhung his hateful hat up. Making them take an objective stake in these issues will help usher progressive issues through tremendously. The rule would be in effect for as long as they remained chairs of their committees. The rule could apply to subcommittees as well.

There are, of course people who would not be down with this. And I use the term "people" loosely, as I am referring to members of Congress. You might here this kind of pushback:

Lame Response #1: Committee chairs run for re-election too! They need those funds.
Rebuttal: No they don't. If they need untold millions, there are other places to find it. Jeff Bingaman , chair of the Senate Energy Committee, got twice as muchfrom lawyers (450k) as the energy industry (220k) last time he ran. So he wouldn’t exactly starve to death without the company of his ConEd and Exxon friends. And if the chairs are really in a pinch, grassroots volunteers and institutions like organized labor and the DNC will fight for them. If they are good Democrats, of course.

Lame Response #2: The money's not for me! It's so I can dole it out to helpless little freshmen members running for re-election in swing districts. I rake in the money for them.
Rebuttal: One friend on the Hill told me that junior members of Congress live in fear of crossing Charles Rangel, who in 2008, donated or channeled money to 156 of them. That's why his ethics investigations will never cost him his seat. It's true that big dogs like Rangel, Frank, and others do channel money to their members. But presumably the corporations are still waiting with those paychecks, and they have to go somewhere. (I finished this diary before the frontpage post on Rangel, and for the record I completely agree with that post).

Lame Response #3: But I get money from the good guys who happen to be under my jurisdiction. If I chair education, are you gonna stop the Teachers Union from giving me money?
Rebuttal: Sorry bro, if they are a "good group", they can spend the money helping other members good on their issues. If you're as good as you say you are, your coffers will fill up, just without the conflicts of interest.

Lame Response #4: I mean, dude, how do you even define "my jurisdiction." If I chair the Judiciary Committee can I take money from a law librarian?
Rebuttal: Now you're just grasping. This is a Democratic Party rule, not the law, so it will only work if people follow it in spirit. It's not like how you spend the rest of your day, nervously skirting around the precipice. If you flagrantly break this rule, you will be stripped. If you accidentally take a contribution from an otherwise legal source, whatever.

IN CONCLUSION
Let's discuss this idea, and other ways to clean up the party. We may not have a lot of heroes in Congress, but as they say...

We do have some good people, like Henry Waxman, who as a major committee chair, could set a good example.
So let's throw out some ideas. Let's get some party reform going now. We don't have to wait for an election. Hell, it just might even look nice to voters heading into 2010.

The alternative is to throw our hands up in despair about our corporate masters. But if you're gonna do that, at least do it George Carlin style.

Posted by rovingstorm at 9:25 AM No comments: