The Blog Is Over (If You Want It To Be)

RovingStorm has already made one comeback, but with Wordpress's superior capabilities and access to the domain name "LivingtheDream.org", this moment was inevitable. All future posts of politics, the open road, the wild frontiers, glitz and gloom in Gotham and much, much more will be going on at LivingtheDream.org. I'll keep this site around for archival purposes, but make your way across the web to an exciting new venture that I hope is the culmination of my years of stop and go in the blogging world.

Peace out,
-Nos
Posted by rovingstorm at 2:40 PM No comments:

That Time Of Year: Endorsing Eric Schneiderman for Attorney General 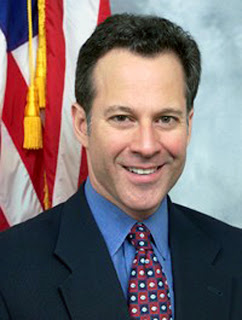 On next Tuesday, September 14, it is once again time to forget about the ugliness of politics and head to the voting booths. Even though New Yorkers can do little to stem the Republican onslaught across the country this November, on Tuesday’s primary, New Yorkers have the opportunity to nominate an excellent candidate for New York State Attorney General by voting for State Senator Eric Schneiderman.

You may not have heard of this guy- in fact, you may not have heard of this race. A Daily News poll showed that when not offered specific choices, only 20% of registered New York Democrats could name who they supported for Attorney General, and a leading 8% chose someone not running! But toiling away in the savage trenches of New York state politics, Eric Schneiderman has demonstrated himself to be a smart, progressive leader- someone who doesn’t just check the right box when he votes, but leads the troops into battle on the major issues of the day.

To back up, what does the Attorney General do? The Attorney General is a prosecutor, empowered to enforce state and federal law within the jurisdiction of New York state. Attorneys General Eliot Spitzer and Andrew Cuomo wielded this role effectively to crack down on Wall Street. The Attorney General directs approximately 500 lawyers who handle everything from organized crime to political corruption to white collar crime to non-profit fraud. The AG also must defend the state and its agencies when they are sued by individuals or the federal government. It is a great office that I sought the opportunity to work for, unsuccessfully, due to a recession-induced hiring freeze.

Eric Schneiderman spent much of his early career at a private firm, though he was an attorney or legal advisor to many progressive causes, including the “Clean Money, Clean Elections” campaign and the subway rider advocacy group, the NYPIRG Straphangers. Elected to the State Senate in 1998, Schneiderman immediately distinguished himself as a major defender of the environment, the right to choose and the right to organize. He spearheaded the successful legislative efforts to overhaul the draconian Rockefeller drug laws. He has been a major advocate for campaign finance and ethics reform, though he clearly faces strong opposition from his Albany colleagues. After the throat-slashing State Senator Hiram Monserrate became an embarrassment to the state of New York, Schneiderman oversaw the legal process to have Monserrate expelled from the State Senate.

More so than any of these individual policies or achievements, however, I respect Schneiderman's intelligence and convictions. Having met him in person and listened to many of his interviews, Schneiderman has always come across as too good for the zoo that is the New York State Senate. He is calm and thoughtful under pressure, and while virtually every politician claims to "fight for the little guy", he actually means it. Witness his incredibly strong support from New York City’s minority population and labor unions, and his opposition to corporate financed elections.

Every candidate agrees that this race is about reform in New York state politics, and there is little dispute that Schneiderman has the longest history of fighting for the reforms we need. Schneiderman’s opponents for the Democratic nomination range from decent to strong, but they fall short of his record of accomplishment, and kid themselves by suggesting the person known as the strongest reformer in the State Senate (Citizens Union, NY Times, etc.) should be disqualified simply because he is an elected official. If he was really "part of the club", he wouldn’t have been targeted for redistricting in 2002, though he won his absurdly shaped district in subsequent elections.

Eric Dinallo, the former insurance superintendent did well under Attorney General Spitzer, but has brought little energy to this race. Sean Coffey presents an interesting bio- working class kid becomes rich lawyer after serving in the Navy, but the “outsider” label is more helpful is you want to make speeches in Congress than if your job is manage 500 lawyers in a highly political position. Richard Brodsky has had a strong career in the State Assembly investigating corruption, including the Yankees Stadium deal and unaccountable public authorities like the MTA. He would probably be my second choice, though his crass political handling of the Islamic Center issue shows that he may be as vulnerable to caving as anyone when the stakes get high.

Nassau DA Kathleen Rice, the perceived front-runner, did not cast a vote until her late 30s, including a failure to vote in the 2000 election, when she lived in the battleground state of Pennsylvania. For someone aspiring to public office to think such little of civic duty astounds me. She did not declare herself as a Democrat until running for DA in 2005, which says more about her ideology than her carefully scripted campaign message. During the WNYC debate this morning she embarrassed herself by twice misstating the contours of the Attorney General’s authority. Backed by Cuomo to bring geographic and gender diversity to the ticket, she has been thoroughly unimpressive as a candidate.

Some candidates, in desperation, are accusing Schneiderman as being unelectable against Republican AG nominee, Dan Donovan. Renowned Village Voice investigative reporter Wayne Barrett has suggested that Mayor Bloomberg is strongly pushing the socially moderate Staten Island District Attorney because he wants the next Attorney General to take the heat off of Wall Street after 16 years of Spitzer and Cuomo. The Bush years taught us that Democrats are at their weakest when they sacrifice their principles for nebulous “electability”, and this race is no exception. Furthermore, this is New York, and I will not shiver in my boots over Dan Donovan.

Lest anyone think me overly effusive in praising a liberal legislator who votes the right way, actually legislates and stands up for his convictions, those traits should not be considered exceptional. In New York state politics, however, they are, and hopefully the election of Eric Schneiderman for Attorney General and Andrew Cuomo for governor can not only bring good policies to Albany, but restore dignity to its politics.

Unfortunately, the deadline to register to vote has passed, though my hope is that nearly everyone on this list would have registered for the mayoral election last year.

You can find your polling place here: http://vote.nyc.ny.us/pollingplaces.html
Posted by rovingstorm at 10:49 AM No comments: