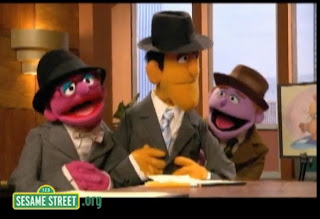 If I told you about a show that would be painful to squirm through, which would leave you feeling hollow and sad, would you watch it? Another summer of hype for Mad Men persuaded me to Netflix it up, but the result has been disappointment, or worse. The show, for the uninitiated, follows the professional and personal lives of marketers at Sterling Cooper. The show is set in the early 1960s, the calm before the storm, the last gasp of unfettered white, male privilege. Social conservatives often lament this “simpler era”, though the simplicity of rigid social castes is not appealing to most Americans today.

Mad Men’s star is Don Draper, a man of mythical statute both on the show and among its followers. The man has charm and good looks, seduces attractive women with relative ease, and from what one can gather, is one of the only talented people at Sterling Cooper. He has a “girls want him and guys want to be like him” quality, but his brooding nihilism is tiring. Like most of the characters, he is torn between loathing his daily existence and quietly accepting it, rarely cracking a smile. The show may have permanently lost me when Draper, who has shown little remorse for his rampant philandering or wretched treatment of his brother, has a near break down when the firm has to cut ties with a mid-sized airline company in order to pursue a bigger one. He feels anguished, even though the mid-sized airline company can just get a new PR firm. Not really a big deal, dude.

Despite his melancholy, Draper is the star around which the rest of this mid-sized firm orbits. Sterling, a partner, showers him with hyperbole that feels completely unsubstantiated for most of Season 1. The women of Sterling Cooper hammer away at typewriters (what could so many of them be typing?) while men smoke cigarettes, drink whiskey and sulk in their private offices. The show insists on creating a “Masters of the Universe” aura, which falls exceedingly short.

With the exception of Sterling, who at least has an entrepreneurial spirit to him, the grunts at Sterling Cooper think of themselves as “ad-men”, big time hotshots, without anything to show for it. As they clutch onto accounts they always seem to be on the verge of losing, worrying about making enough money to pay the family bills, they don’t realize how small and insignificant they are. People who work in advertising and marketing are, as a breed, highly replaceable, especially in an era where most advertising was just print copy. Their meetings, which often last mere seconds, produce nothing, and are followed by bouts of whiskey drinking which makes one wonder if any actual work is getting done at Sterling Cooper. I suppose this is the golden era people talk about, where sons of privilege get paid for doing nothing, where men have secretaries take off their hats, place their phone calls and hide their affairs for them. These men aren’t impressive, they’re pathetic.

The notion of a show about “ad-men” turned me off from watching Mad Men when it first began airing. The slovenly beatniks from Season 1 are meant to look and act like losers, but their withering critique of what advertisers really do- peddle lies- is rebutted meekly by Draper. There is little honor in selling worthless products, though so many of us are forced to do so at one point or another. This show does little to make advertising seem hip or worthwhile, even for its time. I mean, this was the freaking 1960s, and these guys are coming up with tag lines for lipstick.

Obviously a TV show is more than its premise- Arrested Development wasn’t incredible because it was about housing developers. Unfortunately, the characters that make up Mad Men’s core are a tortuous lot. Pete Campbell, a bratty looking fellow, is eminently unlikeable, and it is often difficult to tell the mediocrity you see before you stems from the actor or the character. Peggy Olson, the only female character to break the secretarial mold, is similarly awkward and difficult to root for. The much hyped Joan Holloway, she of the dazzling curves, has little to say beyond what you’d expect from the power crazy office manager we’ve all had to deal with.

The personal storylines in Mad Men are no more gripping, a cross between Desperate Housewives and the old high school drama Fifteen. Like the show’s in-your-face sexism and racism, the painfully repressed sexuality is a paean to a different era, but that doesn’t make it fun to watch. The most overused line from Season 1 is either “I should go” or “You should go.” The way characters drunkenly make out at parties reminds me of junior year of high school. Everyone is lonely and wishes they got laid more, but can’t, because they married young and are unhappy in marriage. What a downer.

The saddest of all is Betty Draper, a ray of sunshine in a sordid cast. Beautiful, a little weird, and one of the few sympathetic characters in the show, Betty is an example of a woman trapped by her time, destined perhaps for great things if she hadn’t resigned herself to being a housewife in her young 20s. Her yearning leads to some of the few poignant moments on the show, as do Sal Romano’s tribulations as a closeted gay, fitting for a show that peddles sadness.

One can watch entire episodes without so much as a chuckle. I can’t remember the last time I watched a show in which I laughed so rarely at explicit jokes made by the characters. Am I supposed to? I never know what emotional chord this show is aiming for. Is the constant cigarette smoking and whiskey drinking supposed to be comical? Are the racist and sexist jokes “edgy”, a way to make the script accurate, or what?

Finally, what is with the grandeur? Mad Men has been talked about as one of the best shows of the decade, but in what ways is it great? It’s a good drama, but it’s not even in the same conversation as The West Wing, let alone The Wire. The characters are largely mundane and unlikeable, the plot grinds along tediously, the wit is sparse, and most fundamentally, it doesn’t really matter what happens. Oh, they are bought up by a British parent company? They split away and form a small boutique firm? Jesus, how can anyone care?

This was written after battling into Season 2 out of some hope that I needed more than 12 hours to warm up to the show. It ends with a warning for those on the fence about whether to commit their Netflix queue to Mad Men:
Ultimately, this is a show about mediocre men and fake women sleepwalking through their depressed, unimpressive lives, lying and scheming to get one extra rung up the endless ladder. Unfortunately, we already have seen this show- it’s called life, and it’s kind of a downer. Let’s stick to putting something better on television and the internet.
Posted by rovingstorm at 9:12 AM 1 comment: